I had the pleasure of listening to you (Syed Soharwardy) speak at a smaller gathering in Milton, Ontario on Sunday January 17th. Just wanted to say your speech was very moving and educational and I was very happy to be there to listen. Sorry before you spoke I didn’t even know your name, had to ask someone afterwards. Glad you were able to come to our small town. (Rick, Milton, Ontario)

Yesterday, I and several other Muslim leaders attended the celebration of Jewish Hanukah at Beth Tzedec Synagogue in Calgary.  During the last five weekends alone I had several Multi-Faith dialogues and discussions.  Here is some of the feedback. Due to privacy reasons I have mentioned partial names only.

I want to extend once again my heartfelt thanks to each of you.  You have made an impact and positive difference to several students lives.  For that, I am grateful. 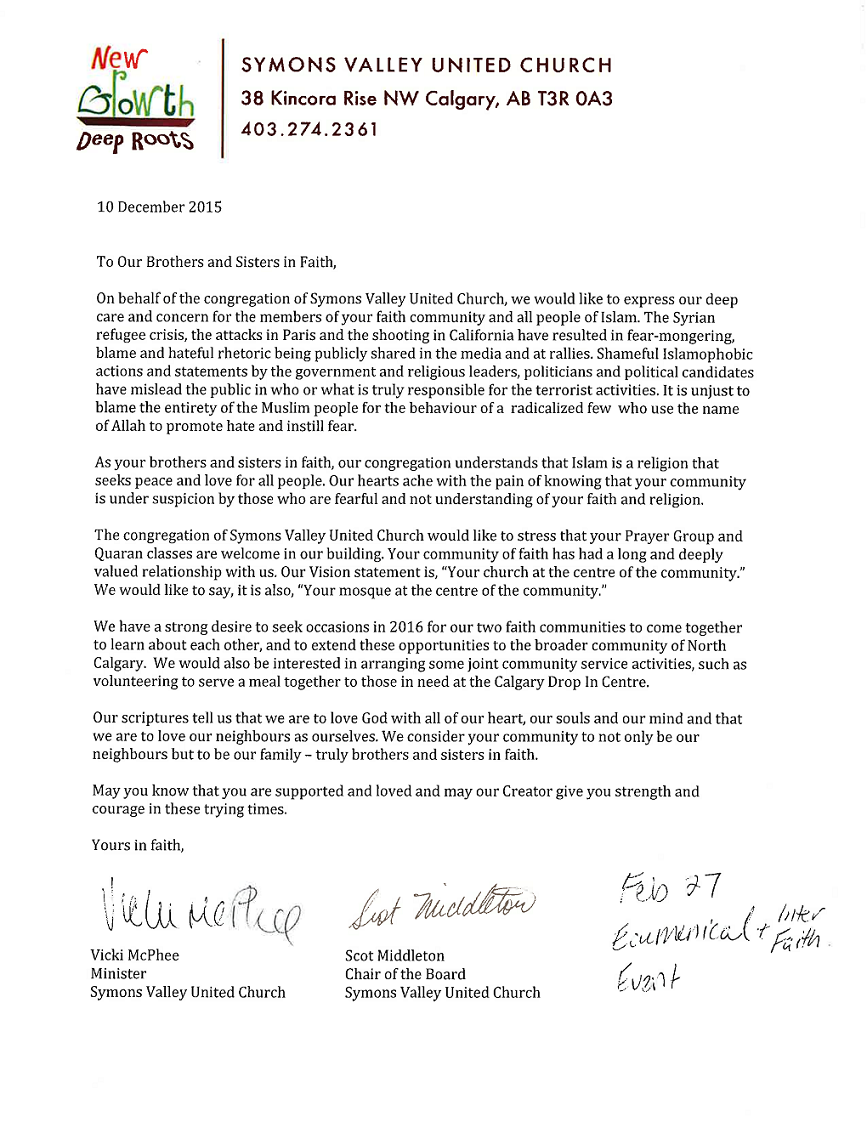 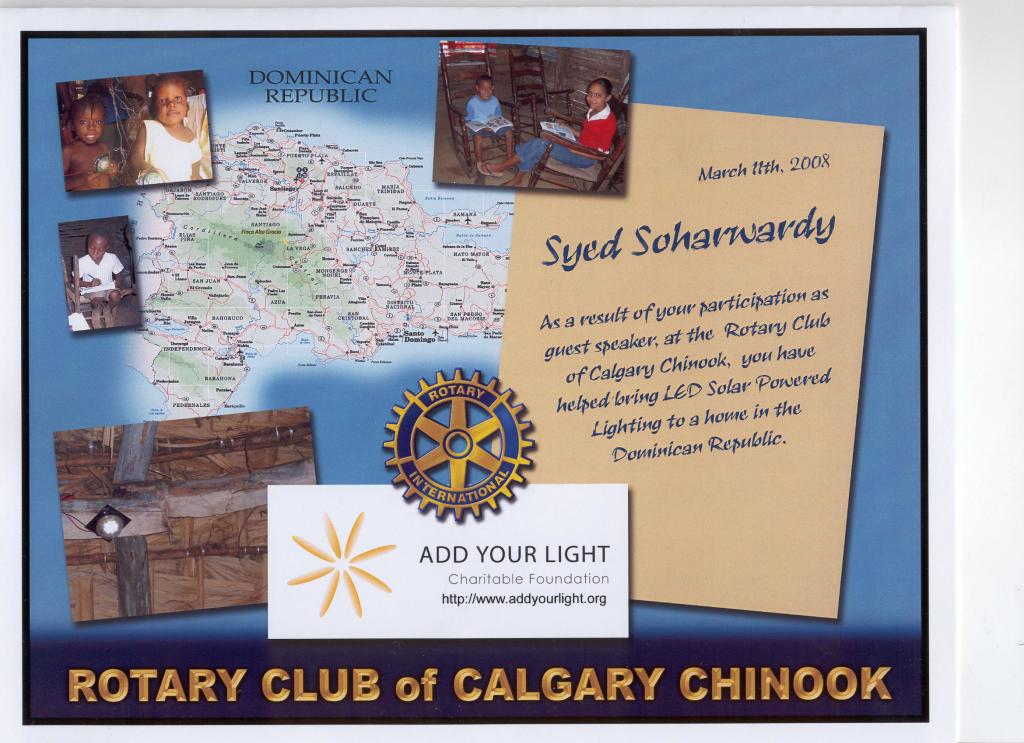 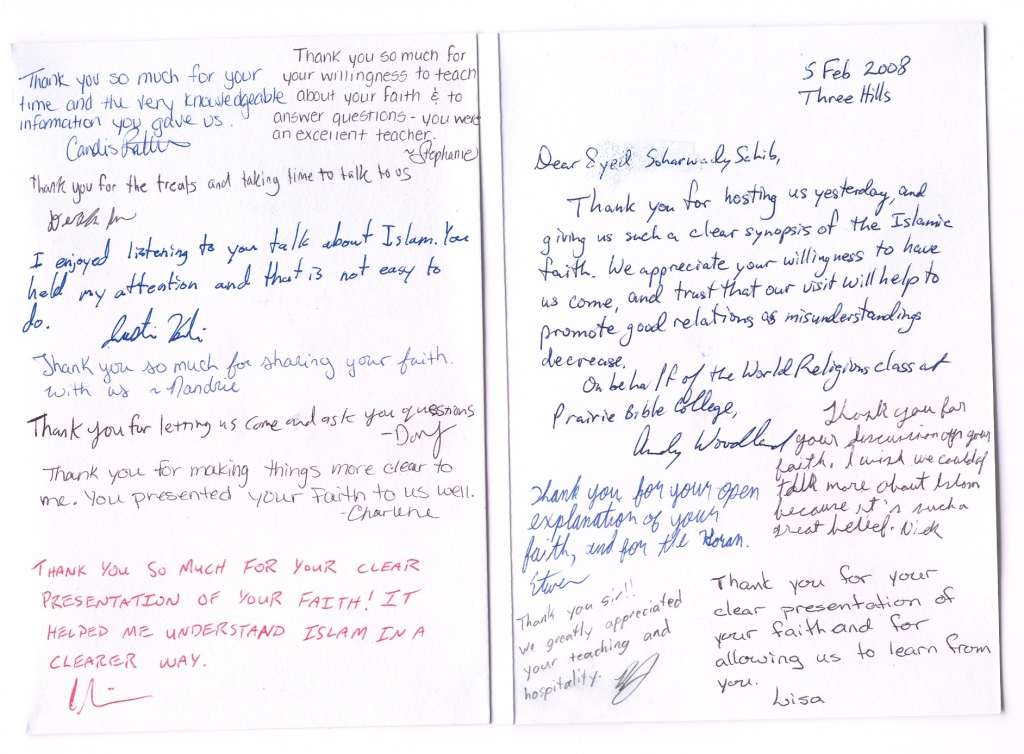 Islam 101 – The University of Akron

Comments from students regarding Syed B. Soharwardy’s presentation of Islam 101 at The University of Akron on February 22, 2007

I learned many things about the Islamic religion. I learned about the Qur’ran being the Holy Book and that Jihad is a holy war. I learned about the Shari’a (rules of Islam. I learned that the religion does not condone to suicide to destroy the enemy but it is haraam (forbidden) and that Maryrdom is a tool used to brainwash the suicidal terrorist. I learned that Bin laden and al-Zawahiri do not even truly know the Islamic religion. They stepped up when no leader was there to govern the lands. The information that caught my attention was the Ramadhan in the 9th month. That whole month there is no eating or sexual relations from dawn to sunset. I even learned that they must shower before and after any sexual contact.

Another thing that amazed me and made me think about the Islamic religion was the method of prayer. I learned that they separate the women and men during prayer. They do not want the women close with the men in any such revealing clothes when they move to the ground in prayer. The prayer is done close together and it is done many times a day. It is done Fajr (before sunrise), Dhohr (just after noon), Asr (afternoon before sunset), maghrib (after sunset), and Isha (before betime). I knew religions were very different from one another but did not realize any would be mandatory to pray some many times a day. – Michael

The program was very successful…thank-you so much for sharing with us. I had many people come up to me expressing how happy they were and how amazed they were of the similarities between Islam and Christianity. You are doing such a great service for people.

Let me know if you will be giving other talks in Ottawa and I`ll share the news.

Feedback from some of the grade 11 and 12 students. These students were in the public education system and were all non-Muslims.

“What were some of the activity highlights for you during this four-day workshop?”

1.      The third thing that I enjoyed was the presentation about Muslims. I really saw a lot of their culture was similar to the beliefs of my religion. And I am sometimes on the receiving end of the stereotyping that Muslims receive so I understood where he was coming from.

I was surprised to see all the stereotypes that we could come up with… Even at myself. You do not really realize how you think of these people until you put it on paper.

3.      One other thing I liked was where the Arab person (I cannot actually remember his name) came and talked to us about the Muslim culture and the common misconceptions.

4.      Islam 101.  Certainly my favourite presentation. He was just so straightforward and showed me a side of Islam that I sure did not see on CNN. I never knew all of those things about the Muslim faith, and I am so glad that I was able to listen to it.

5.      Another thing that I found really good was Islam 101. I believe now that if I were ever to leave Atheism and choose a religion, it would be the Muslim faith because I believe (just my belief) that the Muslim faith is one of the best religions. It includes other faiths within it and has a little bit more to boot. I also enjoy how the presenter of the Islam/Muslim stereotypes can just laugh at our summed up stereotypes. He reminded me of myself because I can laugh at my ethnicity and all the stereotypes that go along with it.

6.      2) Islam 101 was incredibly eye opening for me. Before that night, I knew zilch about Islam or the Muslim people and it was great to hear that most of the stereotypes I even had before, were false. Since then I have had a greater respect for the people within my school that have the courage to wear their hair covers around knowing that most people see them and automatically think “terrorists”. I could not imagine dealing with that kind of thing on a daily basis.

7.      The Islam 101 I learned so much about the extremists in the Muslim culture and I have so much respect for Muslim people and it really did change my life.

8.      The Islam 101 presentation was absolutely amazing, also. It was incredible to learn so much about a culture that has kind of been unknown to me, and to have had so many stereotypes cleared up. I felt as if I could have listened to him talk for hours and hours.

9.      The Islamic speaker was also very good at opening my eyes to Islamic perspective and their view on things. I learned that most Muslims are great people and worthy of our utmost respect. I think Syed was an amazing person and was excellent at explaining concepts.

10.  My favourite experience was when the Islamic person came in; he was the only person that actually kept me awake. It was very interesting. Our school will hopefully understand when we have the Muslim guy come in next week. Maybe it will change people’s thoughts on Muslims as it did for us!

11.  2. The Islamic guy… sorry I cannot remember names all too well; he made me think of what Islamic people have to go through on a daily basis.

(Note: For privacy reasons, names of students have been removed)