They say the ‘Great One’ was a great inspiration not only as an athlete, but as an ambassador for the religion 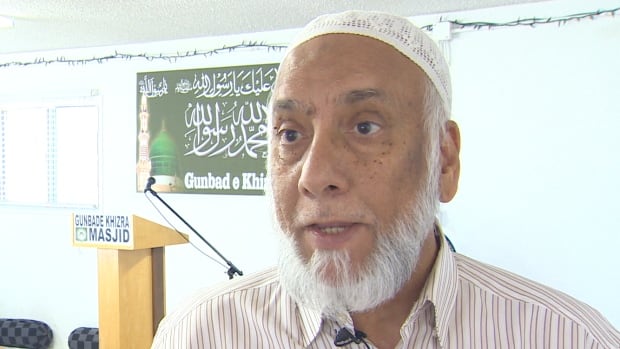 Members of Calgary’s Muslim community gathered Sunday to remember Muhammad Ali, who died Friday at the age of 74.

They say the “Great One” was a great inspiration not only as an athlete, but as an ambassador for the religion.

He says, in part, it’s because of a legendary boxer.

“That’s what inspired me the most and made me a very, very, huge fan of Muhammad Ali.” 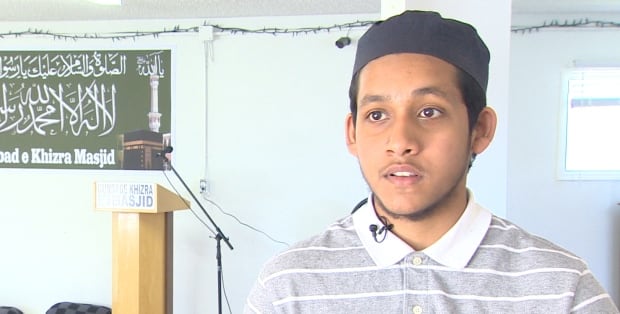 Hassaan Rizvi, 15, says Muhammad Ali has been a huge inspiration to him as a Muslim. (Kate Adach/CBC)

About 30 men and children gathered at a northeast mosque to honour Muhammad Ali as a fighter in and out of the boxing ring.

Imam Syed Soharwardy met Ali in Saudi Arabia in the early 1990s, decades after the boxer converted to Islam.

“I cannot forgot that few seconds of my conversation with him,” Soharwardy said.

This Dec. 10, 1981 file photo shows Trevor Berbick, right, smiling as Muhammad Ali looks at the scale during the weigh-in for their December 11 heavyweight fight in Nassau, Bahamas. Canadian champ Berbick weighed in at 214 lbs., and Ali was 236 lbs. Ali was just a few months away from his 40th birthday when, desperate to make up for his lackluster loss the year before the Larry Holmes, went to the Bahamas for what would be his last fight. (File Photo/Phil Sandlin/Associated Press)

“He was strong, he was tall. He spoke very well. He inspired a lot of people there. He said, ‘You should be proud of yourself that you are Muslim,’ he brought hundreds and thousands of people to Islam.”

Ali was a fighter in many ways, the imam said.

Ali championed the religion, even as Soharwardy points out, into his last days.

“When Donald Trump spoke [of a]Muslim ban in North America, and Islam is at war, Muhammad Ali was the first one who stood up against Donald Trump and against Islamophobia,” Soharwardy said.

It’s a fight many in Calgary’s Muslim community are glad the boxer took on.