You are at:Home»Recent Coverage»CBC News | Calgary Muslim community reeling from attack on Prophet’s Mosque
By ISCC on July 4, 2016 Recent Coverage 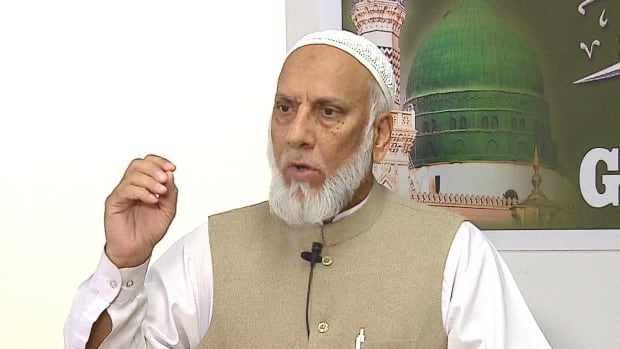 Calgary imam Syed Soharwardy is outraged by the attack against the Prophet’s Mosque in Saudi Arabia. (Mike Symington/CBC)

Calgary’s Muslim community is reeling following a suicide bombing outside the mosque that is the burial site for the Prophet Muhammad.

There were similar attacks outside a Shiite mosque and a U.S. consulate in two other Saudi cities.

Soharwardy warned that an attack on one of the holiest sites in Islam, as well as a rise in Islamophobia in Canada and beyond, will lead to more radicalization.

“I am sure that these attacks would not be done by any Muslim regardless of their sect,” he said.

Soharwardy said Canada’s Muslims are calling on Muslim governments around the world to conduct their own investigation into who is behind the attacks, rather than relying on western resources.

The attacks in Saudi Arabia come after a series of bloody attacks over the past week in Turkey, Bangladesh and Iraq.