On Sunday, Edmonton police and the RCMP revealed that the person suspected of injuring an Edmonton police officer and four pedestrians in a terrorist attack Saturday night is a Somali man, who arrived in Canada as a refugee.

The revelation sparked a backlash on social media, with many people taking to Twitter to vent their ire at various targets, including Prime Minister Justin Trudeau, Immigration Minister Ahmed Hussen (who was born in Somalia) and Muslims in general.

Those tweets didn’t sit well with Sgt. David Jones of the Edmonton Police Service’s community liaison department. He urged compassion for Muslims likely to be fearful and anxious about possible repercussions facing them and their communities. 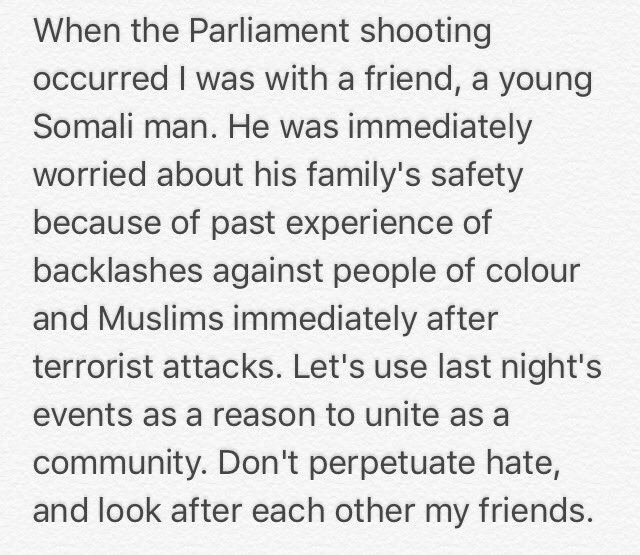 I’m watching on Twitter as shock turns to racist anger. We mustn’t let that happen. #YegStrong#NoHate#yeg

Many people replied to the tweet to express disagreement with the sentiment, but Sgt. Jones was happy to stand his ground.

But why should Canadian citizens be put in danger due to Political correctness? That is not acceptable @JustinTrudeau

Just stop. Assumptions based on race or religion are never helpful or warranted.

Earlier, Edmonton Mayor Don Iveson released a statement to Twitter accompanied by the hashtag #WeWillNotBeDivided. The hashtag was quickly adopted by many Edmontonians, including Premier Rachel Notley.

For every person out there who wants to unleash on us fear and suffering, remember that Albertans are people who stand together. #YEGSTRONG 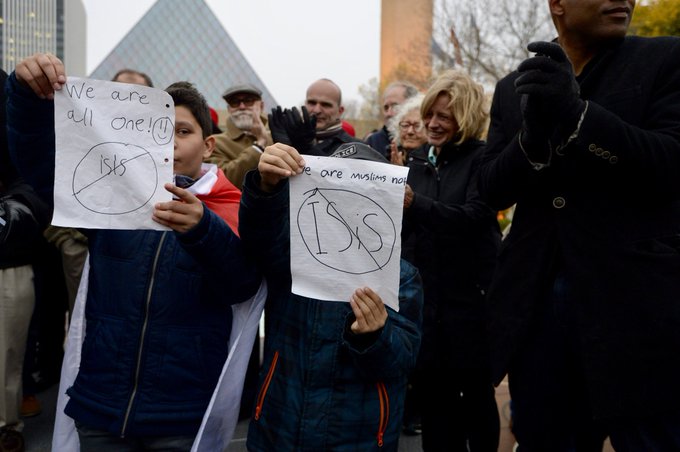 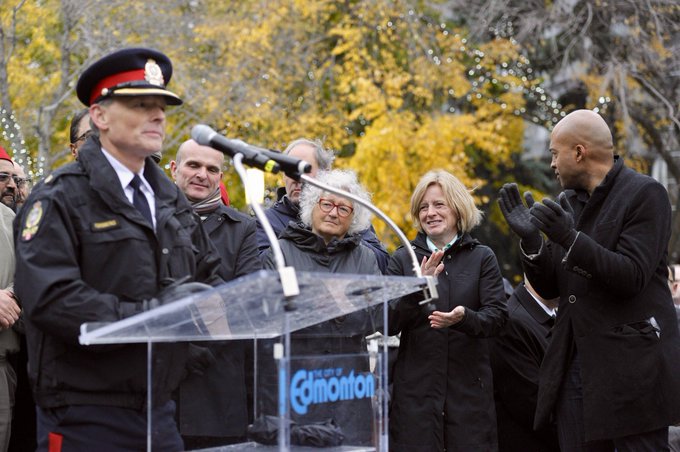 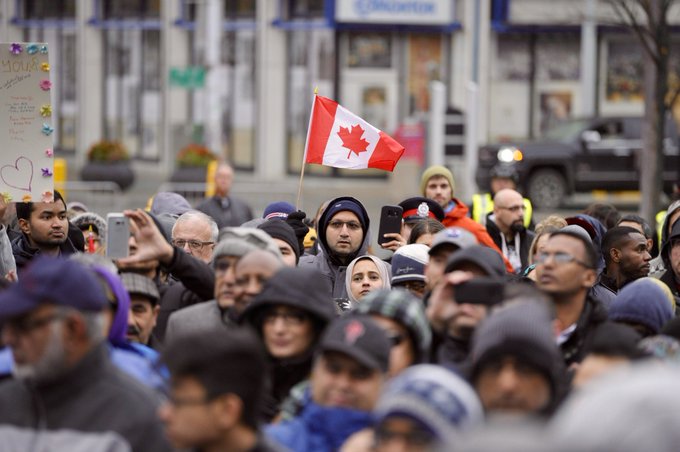 On Sunday afternoon, RCMP Assistant Commissioner Marlin Degrand stated in a news conference that “this is an individual that is responsible for these crimes.” He insisted that “none of our citizens, Muslim or other, support this kind of activity.”

That message was echoed on Monday by the president of the Somali Canadian Cultural Society Of Edmonton Gashan Youth Leadership Academy.

“There are about 20,000 strong community members here in Edmonton, in the Somali community,” Jibril Ibrahim said, “who are law abiding citizens, who are part of the fabric of this society.

“This is not a community issue; it is an individual who has gone wrong, who has taken the wrong path… It doesn’t reflect our community.”

Ibrahim, who has lived in Edmonton for 12 years and raised his family here, was shocked when he heard about the attack early Sunday. He is urging unity.

“The objective of any terrorist is to cause fear and division,” he said. “What we need in this moment, and all time, is to stand together in solidarity against hate, whether it [comes]internationally or whether it [comes]from locally.

“We are united. We will never be divided.”

Ibrahim is also concerned how this incident will affect how other refugees are treated.

Imam Syed Soharwardy, founder of the Calgary-based Islamic Supreme Council of Canada, condemned violence and terrorism as “haram,” or forbidden, and said he had already begun to receive hateful messages.

“The extremists who happen to be Muslims, they say, ‘We have nothing to do with it,’ (which is) complete denial,” Soharwardy said. “On the other hand are Islamophobes who say, ‘You are 100 per cent responsible for the crimes that we don’t even know who has committed them.”‘

The Alberta Muslim Public Affairs Council (AMPAC) organized an event outside Edmonton City Hall, scheduled for Sunday evening, to express solidarity with police and victims of the attack, and condemn terrorism.

Ryan Scrivens, an extremism researcher at Concordia University, says he worries right-wing extremists will see the attack as an opportunity to fan the flames of anti-Islamic sentiment in Canada.

For his part, Prime Minister Trudeau said that “Canada’s strength comes from our diversity, and we will not be cowed by those who seek to divide us or promote fear.”

Edmonton police Sgt. Michael Elliott said the public reaction to the attack will be critical.

“We want our communities to come together when events such as this occur and could potentially create a divide,” Sgt. Elliott said.

“This has happened in Germany, France and England and now it has made it to our doorstep. Only together can we change the tide.”

— With files from Emily Mertz and the Canadian Press